One thing I find bizarre about telling people I’m an artist is that they sometimes get all wistful and say, “Oh…I could never do that”.

My brother is a surgeon with a PhD in Cellular and Molecular Pathobiology. He takes out cancers and saves lives several times a day. And yet it’s ME to whom they say oooohhh…I could never do that.

What people say to my brother is more along the lines of, “Sigh…I should have gone into medicine.”

So…just to recap: intelligent, educated, cultured, hardworking people think they can’t be artists, even though it’s one of the last remaining skills you can learn well without higher education or a lot of money.

And lazy dumbasses think they could have been surgeons if they had only decided to go to medical school.

Why do so many people think they can’t do art? You made art when you were a kid, and you liked it – you know you did. So what happened to you? Don’t say a teacher gave you a bad grade on an art project because that’s not an excuse. My brother failed scissors in preschool. You think he gave up and said ‘I’ll never cut again’? The problem is we live in a world where we tell our kids they can be anything they want to be, so everyone believes they could have been a doctor.

In med school if you get a wrong diagnosis they make you try again until you get it right. In art school if you produce a bad piece of work they tell you to stick to your day job.

But not every working artist started out with innate abilities, and art is something that we already know can be learned. Yes, talent is innate. And shining art stars have talent, but so do shining medical stars. And just as in medicine, where an inherent ability and sensitivity can’t be taught but good technique can be learned, art technique and theory can also be learned.

And by the way, just like in every other field, plenty of successful working artists have no talent.

Art is something everyone is entitled to do. It’s fun and relaxing, and if you’re not good at it, you can take any number of classes offered at affordable rates within minutes of wherever you live. Don’t ever say you can’t do art because you’re not gifted or creative. You don’t have to be either- just go take a class and the instructor will tell you what to do. You’ll experience the rush of creating something from scratch with your own two hands and I promise you’ll feel like a kid again.

To practice any art, no matter how well or badly, is a way to make your soul grow. So do it. 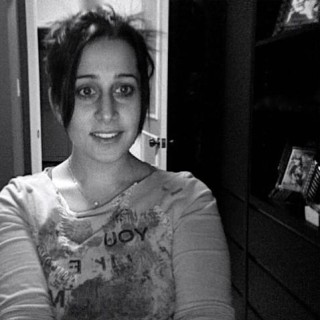 I am a Toronto artist and graphic designer. Thanks for visiting my blog - I hope you enjoy my writings about art and living artfully. To see my work, please visit my website at http//www.sarizonart.com.

Link to my website here to view my art